In partnership with Oakland Theatre Project, Cal Shakes will present Marcus Gardley’s Lear, an adaptation of Gardley’s original Play On Shakespeare translation. Set in the Fillmore District of San Francisco, and with an accompaniment of a jazz score, this will be a Lear to remember!

Exploring the corruption of power with wit and suspense, the University of Evansville is presenting Aditi Brennan Kapil’s Measure for Measure for the first time at the Shanklin Theatre. Kapil’s translation brings Shakespeare’s dark humor to the surface, making this beloved story more accessible to audiences. Set in the magical forest of Athens, four youths have run away from the court to be with the person they love. But when the trickster fairy Puck mistakenly bewitches them to fall in love with the wrong person, a comedic love entanglement ensues. Directed by Guy Roberts, Prague Shakespeare Company welcomes audiences to join the whimsical world of the fae where magic can both break and mend our hearts.

Chagrin Arts and Solon Ohio will present Jeff Whitty’s A Midsummer Night’s Dream this August at the Solon Community Park. Directed by Derdriu Ring, this production is the return of Shakespeare in the Valley. Held outdoors, audiences will be immersed in Shakespeare’s classic tale of love and magic.

Translated by Josh Wilder, the play follows a King and his three friends who have forsworn women. But when a princess and her three ladies appear at court, the men find that their vow may be harder to keep than expected. Exploring the environment of court life and forbidden love, Love’s Labour’s Lost is a comedy that will keep audiences on their toes!

We are thrilled to be working again with Prague Shakespeare Company. So far, they have produced four translations, including Troilus and Cressida, Richard II, Love’s Labour’s Lost, and A Midsummer Night’s Dream. This July, they’re taking on the Henry VI trilogy, following the tale of the Wars of the Roses, the history of Henry VI, and—of course—the rise of Richard III to the throne. Much like your favorite summer sports, the Henry VI trilogy is a playing field of capture the crown between team Plantagenet and team York. The Winter’s Tale is one of Shakespeare’s most beloved pastorals. After King Leontes’ jealous rage causes the death of his wife and child, he exiles his newborn daughter, Perdita. But 16 years later, will Leontes find the forgiveness he seeks? Young’s translation brilliantly shines a light on the play’s themes of love, loss, and forgiveness. Theatre Space North East is producing Hamlet in Sunderland’s Historic East End at the Holy Trinity Church. The Summer of Shakespeare is free to attend, so reserve your tickets today! Follow Hamlet’s story of vengeance, justice, and feigned madness as he seeks to unveil hidden family secrets.

Carey’s translation, starring Amy Brenneman, heightens Shakespeare’s classic tale about love, loss, and reunion. This podcast is set in a Hamptons-esque Illyria during the golden age of radio.

Of the podcast, Head of Scripted Fiction at Next Chapter Podcasts, Michael Goodfriend, says, “Hear how Alison Carey’s luminous translation heightens the poignancy in Shakespeare’s story of love, loss, reunion, and forgiveness in this production.” 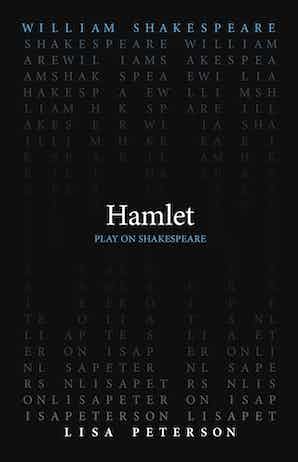 Hamlet is available to purchase on the ACMRS website! Leaving most of the original Hamlet’s beloved lines untouched, Lisa has untied the language knots of what can make this play inaccessible to many. With Lisa’s expertise, the tale of Hamlet can be told in a digestible way, opening new doors for curiosity. 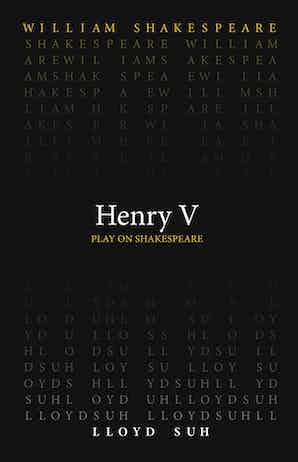 Henry V is now available in print! Playwright Lloyd Suh reimagines the political intrigue and high drama of Henry V. A play ridden by nationalism and war, Henry V is one of Shakespeare’s greatest historical plays.